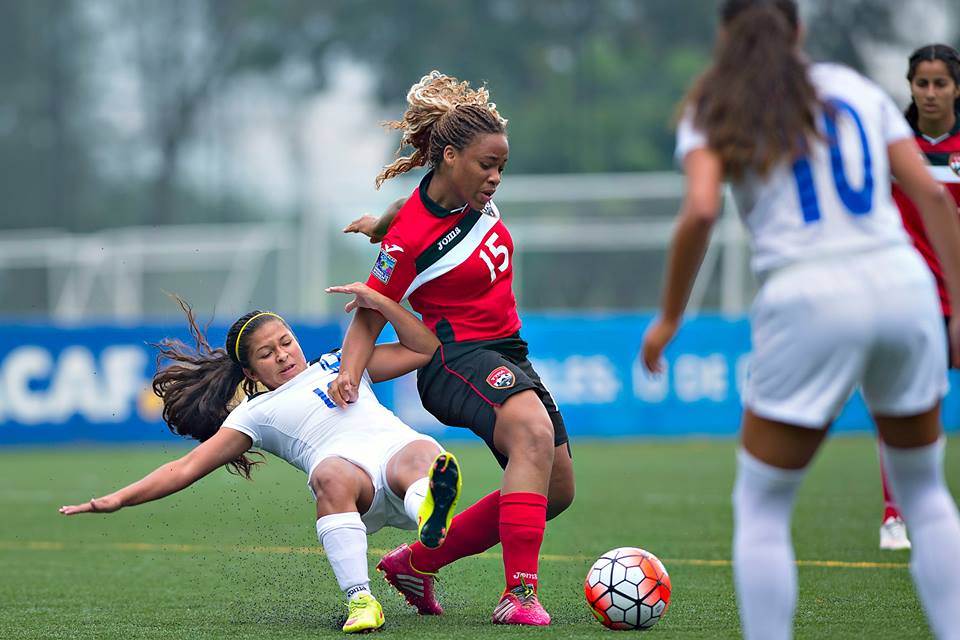 Honduras (1W-1D-0L, 4 points) scored a goal in each half and inched closer to a place in the 2015 CONCACAF Under-20 Women’s Championship semifinals with a 2-0 win over Trinidad & Tobago (0W-0D-2L, 0 points) on Sunday at the Escuela Internacional Sampedrana.

The result gave the Hondurans sole possession of second place in Group B, putting them two points behind Canada, which posted a 7-0 victory over Jamaica earlier in the day to clinch a semifinal spot. T&T was eliminated from contention with two losses in as many outings.

A fine individual effort by Fatima Romero gave the host a 1-0 lead in the fourth minute. The 16-year-old midfielder received a pass from Jinan Abdalah outside the box, pushed the ball past a defender and beat another before a cool right-footed finish from eight-yards out.

Similar to what it did in a 2-0 loss to Canada on Thursday, T&T worked its way back into the match in the second half with improved ball movement. As a result, in the 60th minute, Chevonne John drilled a shot from distance that goalkeeper Madelinne Nieto dealt with confidently.

Eight minutes later, though, Elexa Bahr joined Canada’s Taylor Pryce atop the tournament’s scoring chart with her third goal in two games. Once again, it was Abdalah making the key pass. On this occasion, the forward delivered an in-swinging corner kick from the left that Bahr jumped high to head in at the edge of the six-yard box.

Sawsha Woznuk had a chance to halve the deficit in the 80th minute, but her shot from in front of the net was saved by Nieto, who got down quickly.

Honduras can seal a place in the final four on Tuesday with a win or draw against Canada. It can also advance earlier in the day if T&T defeats Jamaica or that game ends in a stalemate.