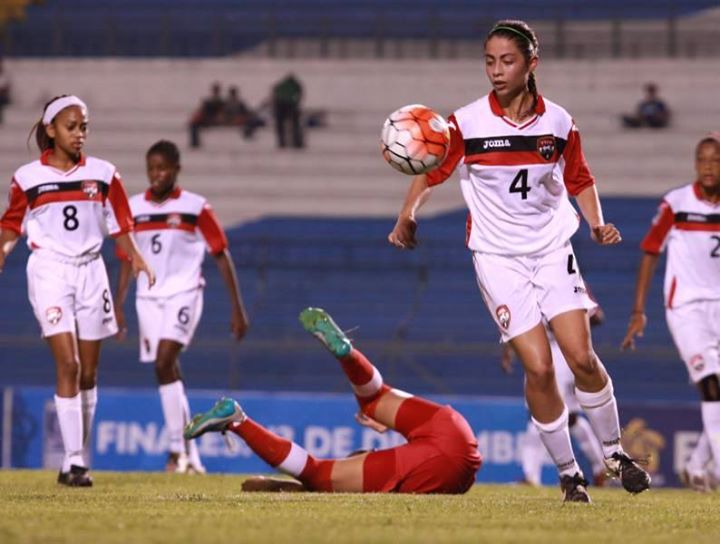 With no chance to qualify to the semifinal round of the 2015 Concacaf Under-20 Women’s Championship, T&T Under-20 women Soca Warriors will be hoping to end Group A round-robin play with a win against bitter Caribbean rivals Jamaica today from 11.30am at the Sampedrana International School artificial surface, San Pedro Sula, Honduras.

The Jason Spence-coached T&T team enters today’s match bottom of the four-team group without a point after similar 2-0 defeats to Canada and the host country. Jamaica, meanwhile has one point after a 2-2 draw with Honduras in its opener before suffering a 7-0 loss to the Canadians on Sunday morning.

Commenting on the loss to Honduras, Spence said, “Certainly it’s a tough time whenever we lose. I feel it for my players because they threw everything they had physically and emotionally out on the field in this match.

For us, certainly a lack of proper preparations showed and the mood after the match was one of disappointment but I told the girls we have to lift our heads and be proud of what we did by getting to this stage of the qualifiers with little or no resources.

“We didn’t play badly but in the end goals wins matches and for us going into our final match against Jamaica our drive will remain the same which is to develop and they understand that.

“The girls all know that this is a process and we are still working on getting it right and against Jamaica we again go with the same determination we would for any other match and ensure we apply the right things of course with the aim to win.

“We managed to get in behind Honduras backline a line which was the plan, however we did not take full advantage and scored when we had our chances.

Looking beyond the tournament, Spence said, “Personally and honestly I pray and hope that I can keep the technical staff and this team together along with the recently disbanded Under-17 squad in a program so we can continue preparing for the next upcoming set of tournaments.

Canada which has already qualified for the semifinals faces Honduras from 2.30pm in the final round-robin match in the pool.