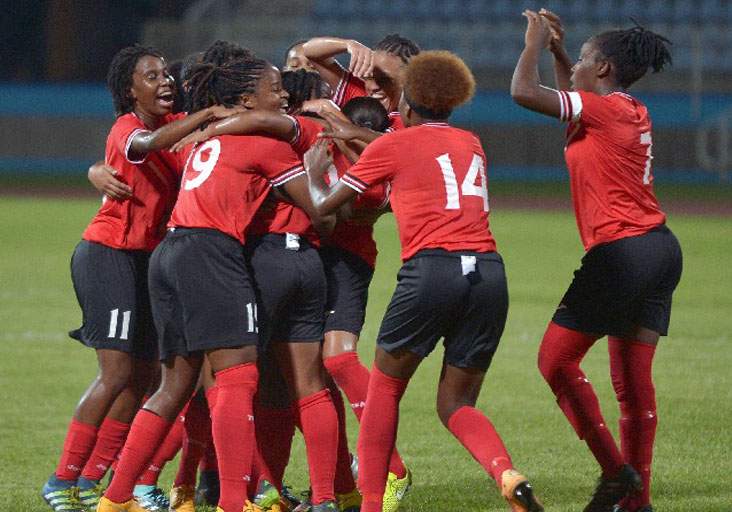 T&T Under-20 Women footballers edged their Jamaican counterparts 1-0 at the Mannie Ramjohn Stadium in Marabella yesterday and will now head into a live-in camp to enhance preparation for the CONCACAF Women’s Under-20 Championship, scheduled for January 18-28, 2018 in T&T.

Like in their opening game last week, the Soca Princesses got a single strike, this time from the boot of their captain Dennecia Prince in the 3rd minute which they held on to until the final whistle, but not without surviving a major scare in the dying moments of the game as goalkeeper Klil Keshwar had to pull off a diving save to preserve the scoreline.

T&T coach Jamaal Shabazz said there were lots of positives to take from the match such as the players’ ability to mesh in-spite of the fact they the locals were only recently joined by several foreign based players. He said after just one week with the team he was encouraged by what they saw from the incoming players, but believed a lot more work is needed to be done on combination plays and fitness.

Shabazz who took over the coaching duties from Italian Carolina Morace, said he could not make predictions on the team’s readiness for the tournament in January but feels he would be in a better position to do so after the camp next month at which time he will have the opportunity to work with both the overseas based players who joined the team last week, along with the locals.

“When you think about when the tournament will be held and that we have had just one week with the girls, but yet we were able to beat the Jamaicans twice, it can only be encouraging for us.” Shabazz explained.

His team will intensify its preparation in the coming weeks and is expected to face Venezuela in a practice match or two in December.

Shabazz said attempts are also being made to secure a few other international friendly matches before his girls head into the tournament as hosts.

The Soca Princesses have been drawn in Group A of the tournament with Costa Rica and Canada as well as an undetermined Caribbean team. They need to be among the top three teams from two groups of four teams each, to qualify for the 2018 Women’s Under 20 World Cup in France in August.