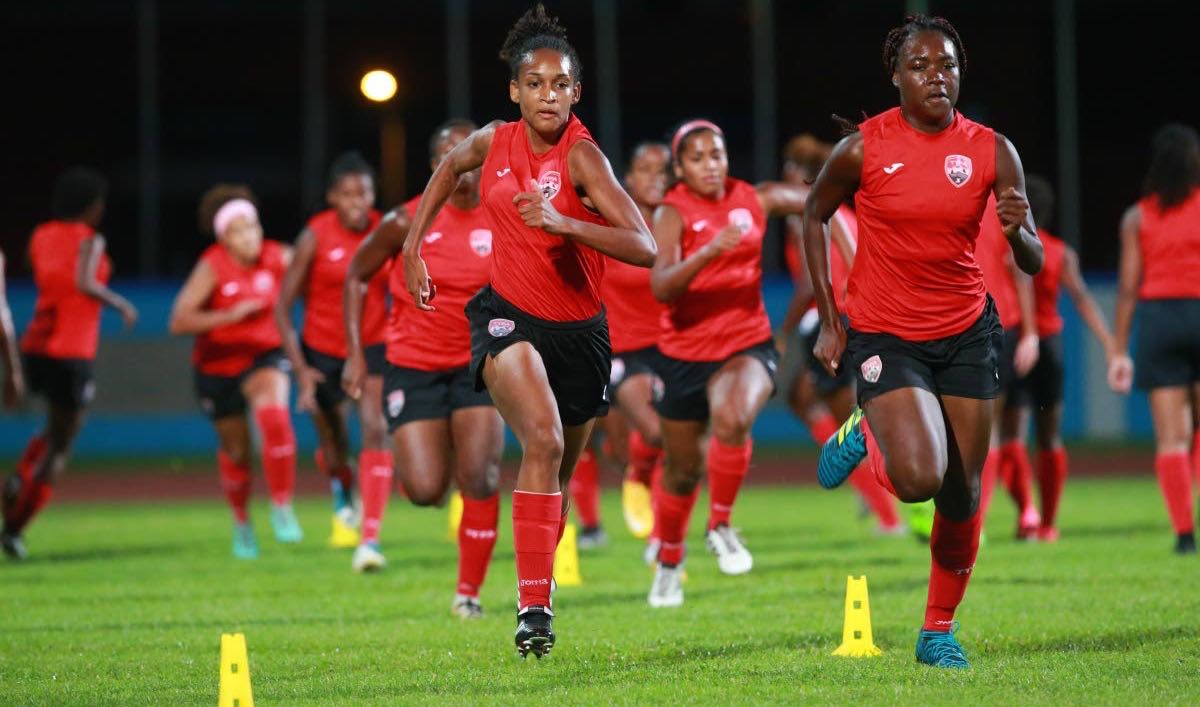 Today is a big day for our Under-20 Women’s National football team as T&T begins its quest in the CONCACAF qualifying tournament for the Women’s World Cup Finals in France in August.

A lot has already been written and said about the girls leading up to this qualification tournament. On the face of it this looks to be a very tough assignment with the likes of USA, Mexico, Canada, Haiti, Costa Rica, Nicaragua and our fierce Caribbean rivals Jamaica, all vying for three spots at the finals.

Thankfully, we do not have to face off against all the teams as we play Haiti today, Canada on Saturday and Costa Rica on Monday in the group stage, before the top two teams in each group advance to the semi-finals. It is going to be very demanding for all the teams as it is never easy to play three games in the space of five days.

We just have to look at the English Premier League over the festive season and hear the cries of seasoned managers like Jurgen Klopp who rotates his side with six and seven changes within the six-day span, when they have to play at least three games.

We have been told by officials that the team is well prepared and the girls are rearing to go to make the country proud. I have seen a few of the players in action and we have some technically gifted players.

Some of the players I have not seen but again, by all the reports I have read they all seem to be able to carry out the instructions of the technical staff. To me this is the most important area of the tournament, how good will our technical staff be to overcome the tactics of the opposition when things are not going well. What do they know about the opposition? Have they been able to see Haiti, Canada and Costa Rica in action? What do they know about any of the opposition players? Who are the playmakers in the opposing teams that we need to be concerned about? I have to take for granted that these are rhetorical questions as any good technical staff would have done all their homework on our opponents and their accompanying strengths and weaknesses.

I must say that it has been good PR on the part of the Football Association, whereby all the right things have been said about the players and the organisation of the tournament. All the games are to be played at the Ato Boldon Stadium, the newest home of football (I hope Ato understands that) and if, as some of my colleagues in the football fraternity informed me, a high ranking official openly said in a meeting that the reason we beat the United States in last year’s World Cup qualification game, is because they couldnt come to terms with the ground at the Ato Boldon Stadium, then I am certainly hoping the foreign competitors would encounter similar problems with the venue at this tournament and we should be able to waltz away with victory.

I sincerely encourage the fans to go out in their numbers and support the girls because at the end of the day, they are representing the red, white and black and we as a people tend to be laid back when it comes to supporting our sportsmen and women, until of course they are winning or if things get tight and we stand a chance of qualification, all of a sudden the stands get full and every Tom, Dick and Harry will want to get tickets and jump on the bandwagon.

Unfortunately, among all the good PR that has been bandied about, there is also a lot of dotish talk about the girls needing to win to lift the nation and we need victory and qualification from them as it will revive the spirit of Trinbagonians. Why oh why, would we want to put that kind of pressure on these young girls. Do we really think that by us winning the tournament or qualifying for France the country will suddenly return to the paradise we once were and all the negatives will disappear? Shouldn’t we leave that responsibility to the Government?

It is true there is nothing like sport that unites us, so let us just wish the girls all the very best and we ask that you play with determination, courage, fight, aggressiveness, heart and we as a nation will be proud of you and certainly would not ask for more. Good luck girls the country is behind you!

Shabazz: They are ready.
By Walter Alibey (Guardian).

The first step toward qualification to the FIFA Under-20 Women’s World Cup in France later this year, begins tonight with a tricky clash against Haiti at the Ato Boldon Stadium in Couva, from 6:30pm. And with a nation’s burdens resting heavily on the shoulders of his girls, national coach Jamaal Shabazz gave some comforting words yesterday when he said, “They are ready.”

At a press conference at the Couva venue yesterday Shabazz, a veteran to CONCACAF football, described today’s game as the most important for his team, saying “It is important that we try to get our nose in front in our first game, to start on a good note and put ourselves in a good position.”

The Haitians are no strangers to the Soca Princesses, as both teams played in the same tournament two years ago and are considered to be on the same level technically and tactically. Still the hosts will have to keep a close eye out for the few skilful players within the Haitian ranks that could cause a difference this evening.

In spite of the talent that exists among the teams however, Shabazz is predicting a slug-out match, with both teams going after each other. ‘It will be savage.’

On the other hand the TT girls have been anxious to take the field and have had to receive calming words from their coach. Today they will be led by defender Natisha John, who told the media while they cannot predict the outcome of the match, her team is well prepared, confident and desirous of making everyone proud.

Shabazz too did not make a prediction but made it clear “What has been written for us will come to pass. What we have in our hands is the ability to work hard and get the result we desire, and give everything we can to bring about success for the team.”

The team comprises a multi-talented bunch, most of whom have gained the experience of participating at the CONCACAF level in the past. “They know what to expect, having played at that level before. They are not naive. They have played at under-15 and under -17 levels, and they understand that the margin for error is very slim, and the intensity of the game is very high” Shabazz said.

He added “That understanding alone is a strength, as it arms them with the readiness that they have to play from the first whistle.”

The T&T game will be preceded by another key clash between Canada and Costa Rica from 4pm at he same venue.