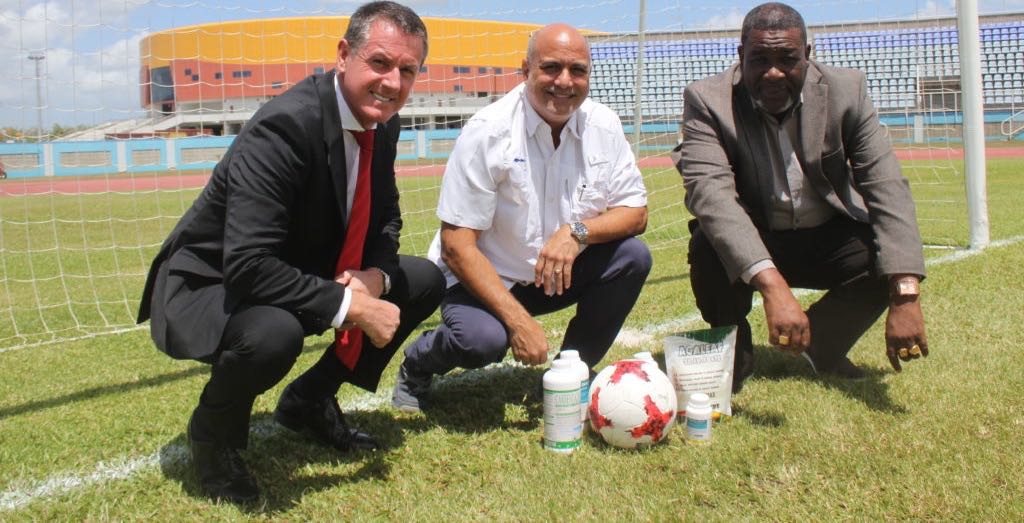 Beleaguered former T&T Football Association president William Wallace is promising to release a comprehensive statement on his stewardship and the state of the cash-strapped association shortly.

Wallace made the promise on I95FM Sports Show on Saturday, days after being taken to task for signing at least four contracts without necessary board approvals by members of the United TTFA group which was in charge of the TTFA administration before it was removed by FIFA on March 17 and a Normalisation Committee brought in.

"If not on Monday, by Tuesday I will have a comprehensive statement sent out to the entire media about the issues," Wallace told host Andre Baptiste in response to the current woes he was facing.

Asked if he feels he will be able to clear his name, Wallace responded: "Definitely, definitely. After the release let me be judged then."

Wallace also promised to produce documented evidence on all the contracts he is alleged to have signed without board approval.

"This pattern of behaviour is unacceptable. It is unilateral. It exceeds the constitutional limits to the president's authority. It is deceptive and deeply disappointing," the group said, even as it noted it was still in support of the fight against FIFA bringing in the Normalisation Committee to restructure the local game in the High Court.

But Wallace defended himself during the radio programme, saying "There is another side to a story and one narrative is out there and as a leader of a group is to absorb some of the things going on but there comes a time when you can absorb no more. When it starts to interfere with your creditability you have to speak out and this is my opportunity to do that."

He said he will be sharing the contents of his promised release with his vice-presidents and the team before it goes out.

Despite the thrashing by the United TTFA group, Wallace, who is challenging FIFA's decision to bring in the Normalisation Committee in the High Courts, said: "The United TTFA is still united. I spoke to my team this morning. I spoke to Look Loy for 45 minutes today (Saturday) on my plan to go public."

FIFA removed the Wallace executive after a FIFA/Concacaf fact-finding mission, which included an independent auditor, in February found that “extremely low overall financial management methods, combined with massive debt (TT$37.4 million), have resulted in the TTFA facing a very real risk of insolvency and illiquidity.”

In its High Court response to the United TTFA legal challenge, FIFA stated that: “The removal of the Normalisation Committee before appropriate controls, policies and procedures are in place at the TTFA will not only jeopardise the achievements to date and reintroduce the threats to the solvency of the TTFA, but it will be a disincentive to FIFA to provide any further funding to the TTFA given the absence of appropriate controls.”

Meanwhile, AC Port-of-Spain business development officer Michael Awai said on Friday that he would attempt to persuade the 49 TTFA members, among them the T&T Pro League, T&T Super League, regional associations, primary and secondary schools, Referees' Association, Futsal and Beach Soccer and the T&T American Youth Soccer Organisation, to write to the general secretary Ramdhan to call an extraordinary general meeting to stop the United TTFA group from taking legal action against the FIFA.