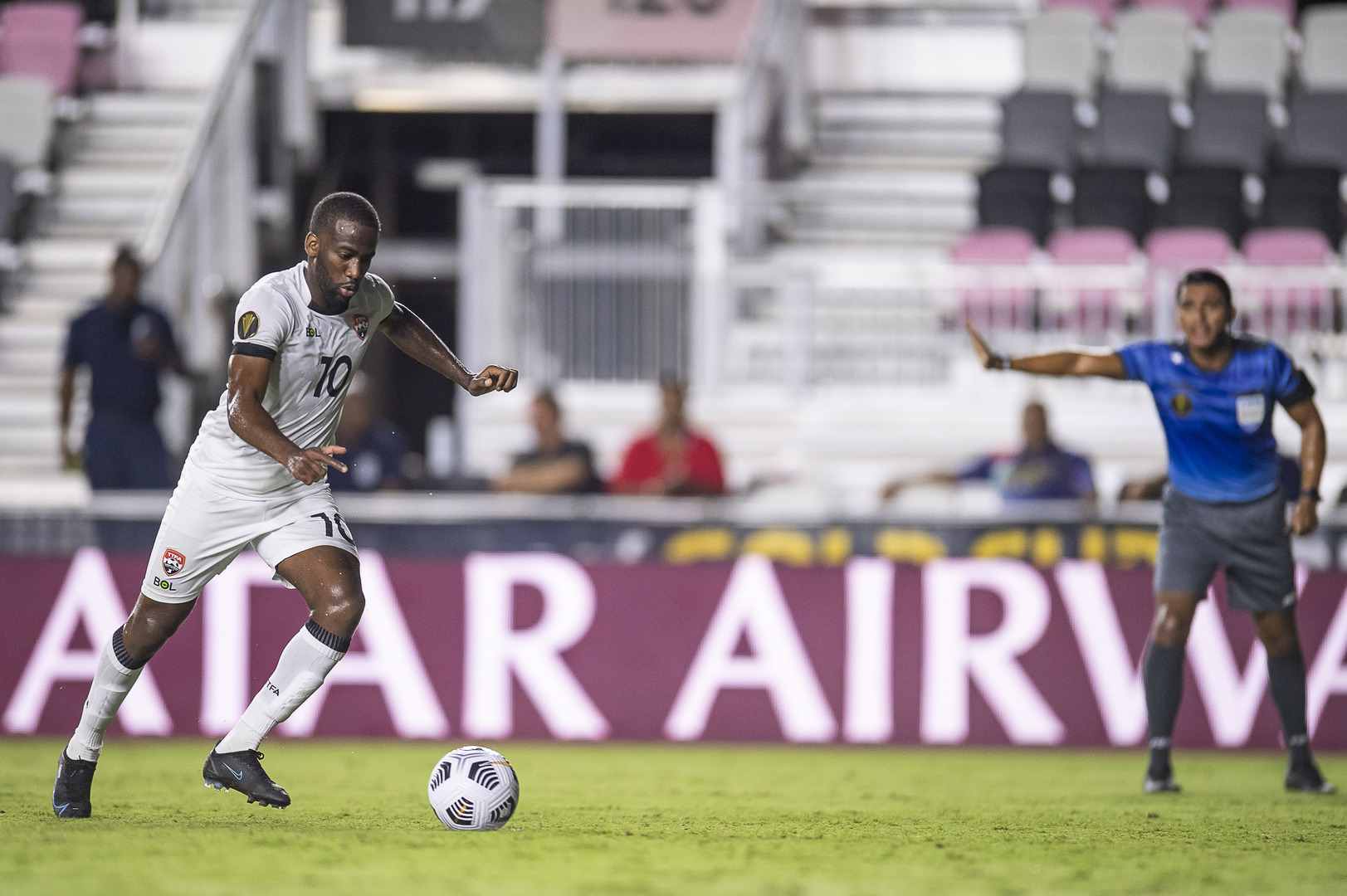 T&T had the game won by half-time after taking a 3-0 lead.

A match that was fairly even in the early stages, changed in the 20th minute when T&T won a penalty via VAR which Molino converted.

Nathan Pond was penalised for dangerous play when he accidentally kicked Aubrey David on the chin as the defender headed Neveal Hackshaw’s headed right side pass overbars. David got his chin bandaged, Pond picked up a yellow card and Molino marked his return to international duty by beating goalkeeper Comin Brooks  to his right.

Fifteen minutes later, Marcus Joseph spectacularly made keeper Brooks pay for an error all his own making.

Coming out of his area to clear the ball, the stocky Brooks passed straight to a T&T player who quickly fed Joseph. And from a position just over the half-way line, the quick-thinking striker sent the ball sailing into an empty net, the hapless Brooks slipping and falling as he tried in vain to recover.

The Montserrat keeper’s misery was further compounded in the final minute of first half injury time when Ryan Telfer clinically shot through his legs, after Telfer had shrugged off his marker having been put through by good combination play.

Ross Russell Jr came on for Triston Hodge at the start of the second period. But having rarely been troubled in the first 45 minutes, T&T conceded when a Montserrat attacker won a header while sandwiched between two defenders. His flick found unmarked substitute Spencer Weir whose drive rebounded off the crossbar for skipper Lyle Taylor to easily beat  goalkeeper Nicklas Frenderup  in the 55th minute to make it 3-1.

But needing further goals to keep their qualifying hopes alive, Montserrat left gaping holes in defence and paid the price against the increasingly confident Soca Warriors .

In the 57th, the previously anonymous Judah Garcia got his first international goal for T&T, controlling a Jelani Peters long ball with his right foot and shooting past Brooks with his left for 4-1.

The ball over the top paid dividends for T&T  again in the 68th  when substitute Reon Moore - on the field for just a minute-  made it 5-1  when he cut in from the left side, beat his defender and slotted past Brooks  at his near post. And nine minutes from full time, Moore completed a memorable 23 minutes for him with his second and T&T’s sixth after being found by another substitute, Duane Muckette with a pass to the left again.

The Soca Warriors will now go on to play either Cuba or French Guiana on Tuesday in a final qualifier, the winners going to the Gold Cup.