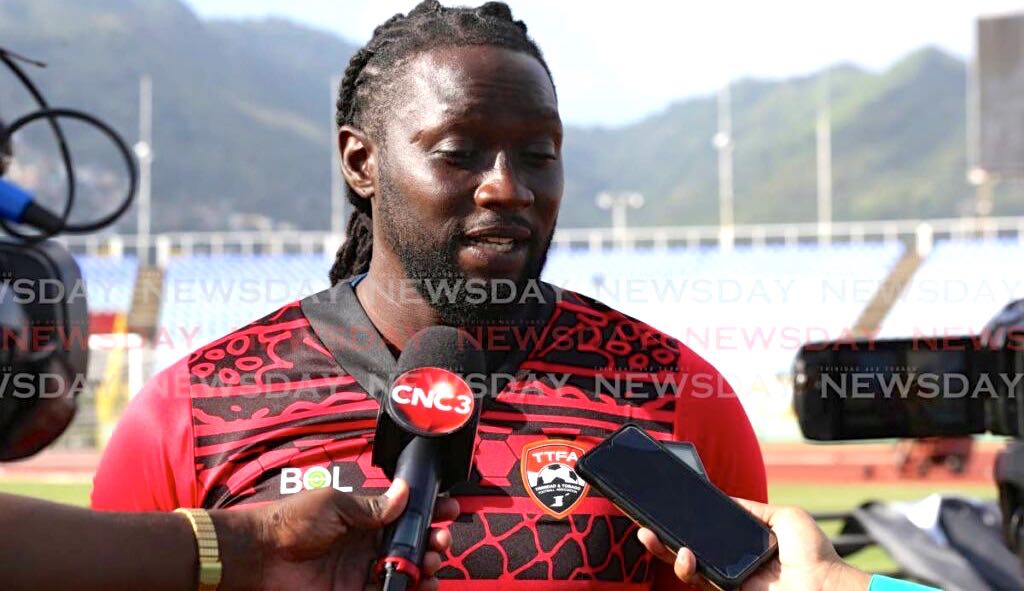 TRINIDAD AND TOBAGO women's football senior coach Kenwyne Jones, along with goal scorers Asha James and Maria Frances-Serrant, are not satisfied with the performance of the team despite emerging with a 2-0 win over Dominica, on Sunday.

Goals from James (31st minute) and Serrant (58th minute) in the first and second half respectively handed T&T their second consecutive win in the Concacaf Women’s Championship qualification tournament. The match was played in soggy conditions at the National Track and Field Facility in Lenora, Guyana.

T&T defeated Nicaragua 2-1 in their opening match in Group F at the Hasely Crawford Stadium in Mucurapo, on Thursday.

T&T controlled the entire match against Dominica and could have won more convincingly.

“I think we definitely could have played a lot better in terms of our standard of playing against this team, but we got the three points in the end and it is something to look at and definitely not do in the future.”

James, who did not blame the wet outfield for T&T’s standard of play, said the team will now focus on the next fixtures by training hard. Serrant agrees with James, saying T&T should have shown more quality.

“I think it was a decent game, (but) it definitely could have been way better, way cleaner…more neatly packaged.

“As a team, we could have been definitely better seeing as we were pretty much the better team…regardless the three points is what is important, so I am happy that we came away with the three points and I was able to do my job and score a goal to contribute to the team.”

Discussing the field conditions, Serrant said, “Prior to today (Sunday) when we checked out the field it was definitely hard, the ground itself was hard and not the best of fields and today it rained so it was worse and not as good as we thought it would have been. It was a bit slippery and the ground was kind of a mess, but regardless of the conditions we still fought through and did our best with it.”

Jones had mixed feelings following the result. “It was bittersweet for myself, the staff (and) for the team really,” Jones said.

“We are happy to have three points (and) obviously to get the six points from two games, but I think we could have done a lot better.

“I was really dissatisfied with the way we played tonight (Sunday).” Jones said grinding out a result as they did against Dominica is also important to the success of a team.

“Sometimes these types of games and performances are ones that you have to also have in your arsenal.”

Jones said, “We approach the campaign one game at a time. We could possibly enjoy this window of qualifiers because yes we got six points, but for me and I will make sure the team know that it’s quickly forgotten.”

Many of the T&T players are not attached to a club, but Jones believes the players have the quality to play at a high level.